by Sarah Syakira
in Health, Remedies
0 0

What Trees Does Chaga Grow On? It’s been interesting to talk about Chaga lately. You see, chaga is a parasitic fungus that grows on its host (another plant) but chaga has tremendous health benefits. Interestingly, the nutrients and medicinal compounds present in chaga are not shared by other mushrooms, or are possessed but not in the same level. So, many people write about Chaga vs Reishi and Other Mushroom.

Chaga is an adaptogenic mushroom with very attractive health properties for both skin health and general health. However, physically chaga is not a real fungus but a parasite that grows on tough trees like Birch. It looks like a thick, black knot of wood. Then there is the question “what tree does Chaga grow?”. You must be curious right! Please continue reading this article, you will know where chaga grows and what trees are the hosts for this beneficial chaga.

A Brief Introduction to Chaga Mushroom

Chaga is a parasite on certain trees especially Birch trees. As a parasite of course the chaga has an important relationship with its host. The enzymes cause the decay of cellulose, causing hemicellulose, and lignin simultaneously. It is the main element that forms the trunk of the host wood. When the core of the wood is damaged, then a tree can experience weakness in terms of trunk infrastructure. Well, when this is damaged, this kind of parasite will appear and stick out of the trunk, this is what we call “CHAGA” which means protruding from the tree.

We can say that the chaga is the damage to the trunk or the heart of the wood from the inside. This is also called cancer (sterile conk) in hard wood. This dark conk consists of compounds in the wood trunk, especially lignans and mycelium. These are fibers that can be thought of as the root structure of mushrooms.

There are also those who call this chaga “sclerotium” but because it is not pure mycelium as produced by Poria (Wolfiporia extensa), Polyporus (Polyporus umbellatus) or the Tiger Milk mushroom (Lignosus rhinocerus).

Where Can Chaga (I. obliquus) be Found?

If you want to find chaga then this mushroom is usually found in the north. Some of the areas where chaga is found are in Canada, Russia, Siberia, and East China. Chaga can also be found in northern Europe, and the United States. In the northern region, this chaga is used as an ingredient for steeping tea and made as a chaga mushroom tea to treat various types of diseases.

One country that thrives on chaga is Finland. They are a country that injects Birch trees to grow chaga and harvests large amounts of Chaga.

Geographically, this parasite called “chaga” grows on hardwood trunks and grows in cold habitats on the 45°N to 50°N line north of America, Eastern Europe, and Asia. So chaga does not grow haphazardly or on haphazard trees. There is a certain hard tree on which chaga grows.

While the most common, chaga grows on Birch trees, there are also several other tree species that host chaga, including:

Now let’s see how the chaga grows on a hard stick. In this case, we would like to show you some pictures that can represent the process of chaga formation starting from inside a hard log. Here we take a picture from www.realmushrooms.com as a reference, hopefully useful!

Chaga growth is very slow and over the years it can grow up to 50 cm on its host tree. It takes years to harvest chaga.

The decay of core wood from hardwood trees can last up to 30 or even 80 years. However, chaga can be harvested in just 3 to 5 years of growth. When some of the tree’s core dies, there grows mushrooms or what we call CHAGA. 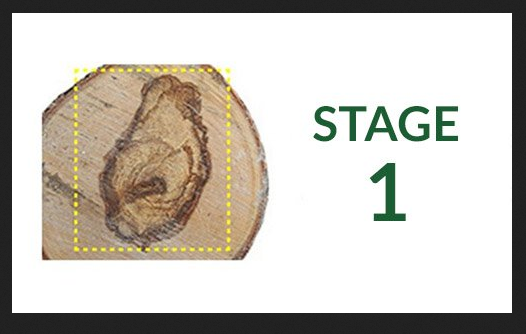 In the first stage of chaga growth, its spores penetrate into the Birch tree, germinate, and it begins to eat the heartwood, this is like cancer of the human body. 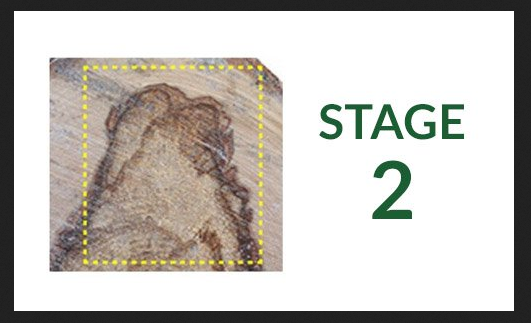 During the second growth stage, these fungi will then push outward from the stem, and eat the wood as the wood grows. 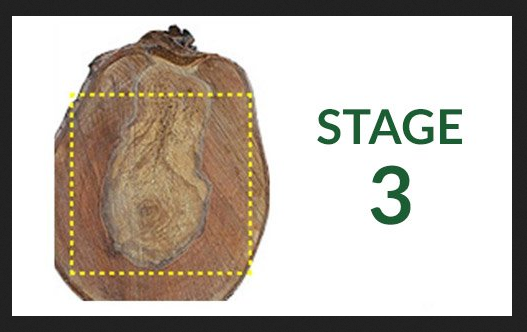 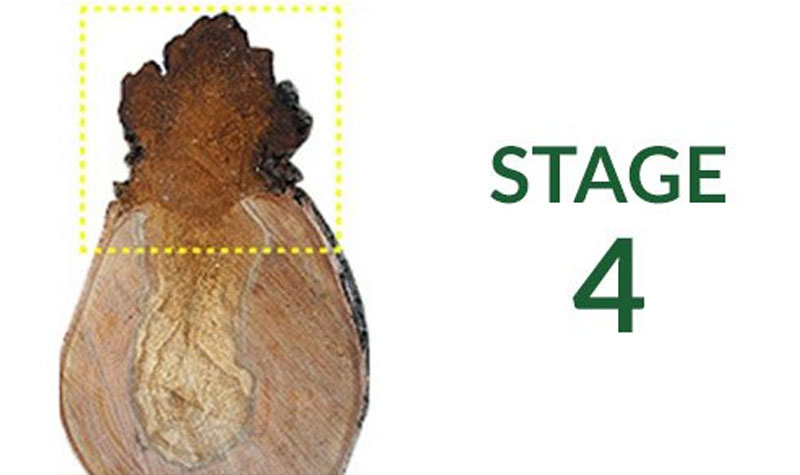 Over the years as time goes by, chaga continues to grow on hardwood trunks such as Birch trees and gets darker over time. Most of this chaga consists of wood fiber, and contains lignin which holds many nutrients taken from host trees such as birch, waknut or oak and others.

For example, chaga growing on a birch tree will contain the substance betulinic acid and its precursor, betulin. These are called natural plant compounds or triterpenes. It contains high levels of antioxidants, anti-ulcer, anti-gastritis, and contains very strong immunomodulators.

So, it is very important to know what tree the chaga grows on, this will make it easier for us to find it and make it easier for you to identify it. This is a gold mushroom, the color may be black but the price beats gold, that’s how it is. Once you find chaga or chaga mushrooms, then you can make chaga tea as a health drink.

The phlegm that comes out of a person's mouth is of different colors and this is not meaningless. Each color...

Maybe we've all had a cough and it usually only takes a few days to heal. But have you ever...

The green poop causes can vary. Sometimes green stools are the result of consuming green foods, infections that cause diarrhea,...

Talking about the lion's mane mushroom is never-ending. In the previous article, we discussed the health benefits of lion's mane...