by Sarah Syakira
in Health
0 0

The phlegm that comes out of a person’s mouth is of different colors and this is not meaningless. Each color of phlegm is always accompanied by the meaning of the underlying cause of the appearance of the phlegm. What does yellow, brown, green, white, clear phlegm mean? If you’re curious, here’s an article that will explain what each color of phlegm means.

Phlegm is mucus made in the chest or in the respiratory system. This new phlegm is produced when you experience pain such as colds and other medical problems. When you cough up phlegm, you may notice different colors, and of course you wonder “why is your phlegm changing color or different colors”. It turns out that each color has a certain meaning of health.

What Does the Color of Phlegm Mean?

Here we make your guide to understand the meaning of phlegm of each color. Why the color of phlegm is different and when you should see a doctor for treatment. 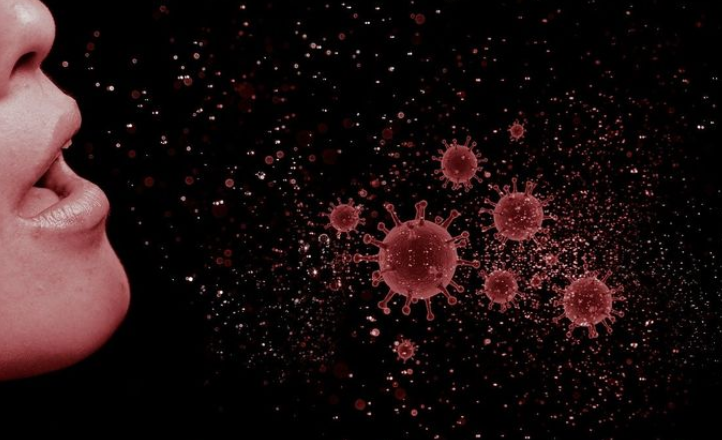 1. What does green or yellow phlegm mean?

If you find that your phlegm is yellow or green, then this is a sign that you are fighting an infection in your respiratory system. See our article: causes of green phlegm. The cause of the yellow or green color is from the white blood cells themselves because those involved in fighting infection are white blood cells. Initially your phlegm is white or yellowish and then develops green and this indicates the severity of your health condition.

The cause of yellow and green phlegm is the result of diseases you suffer from such as bronchitis, pneumonia, sinusitis, and cystic fibrosis. Let’s look in more detail below:

2. What does brown phlegm mean?

There is also phlegm with a brown or rusty color visually. You sometimes see phlegm like this after bloody phlegm that appears red or pink.

Causes of brown phlegm are:

3. What does white phlegm mean?

In addition to yellow, green and brown phlegm, there is also a possibility that someone’s phlegm is white. What causes phlegm to be white?

White phlegm is generally caused by:

If you experience difficulty breathing as in the case of congestive heart failure, then seek medical help immediately.

4. What does black phlegm mean?

Black phlegm is usually caused by:

5. What does clear phlegm mean?

Another color of phlegm is clear or clear mucus, mostly filled with water, antibodies and protein. There is also a dissolved salt content that makes it slippery and moistens the respiratory tract.

If you produce clear phlegm, this means that your body is fighting an irritant, it is releasing irritants such as pollen, and some types of viruses.

What does red or pink phlegm mean?

There is also red or pink phlegm, maybe you have never experienced it, but look at the causes so that you avoid red phlegm. It seems that blood is the cause of coughing up red phlegm. Pink is another color, but it also refers to the presence of blood in the phlegm but in less amount.

Red or pink phlegm is caused by:

What if the phlegm texture changes?

The thickness of phlegm can vary for various reasons. sometimes your phlegm is mucoid (foamy), mucopurulent (thick) to fluffier (sticky). If an infection develops, your phlegm will usually be darker and thicker. It can also be thicker when you are dehydrated or in the morning.

The texture of clear phlegm is usually more liquid and not as thick or sticky as green phlegm or yellow phlegm.

What does frothy phlegm mean?

Frothy sputum is also known as mucoid. If your phlegm is white and frothy, this may be another sign of COPD. If there is a secondary or second infection, the phlegm may also turn yellow or green.

Is your phlegm frothy and red or pink in color? If this combination occurs, then you may have end-stage congestive heart failure. If you experience this condition along with extreme shortness of breath, chest pain, sweating, then immediately contact your local emergency health service to get the best help.

Phlegm is indeed a normal thing to happen, but if this phlegm makes you uncomfortable and interferes with activities then this is no longer normal and it’s time for you to visit a doctor.

If the phlegm that you secrete is yellow, clear, green, maybe you can still wait a few days or weeks to see how your health is progressing before you make an appointment with your doctor. But be careful, always pay attention to whether there are other symptoms and signs that occur.

But it’s different if you see that your phlegm is red, brown, or black in color or frothy, then immediately make an appointment with a specialist. This is likely from a more serious health condition.

We find it difficult to know or detect what disease is occurring. A doctor will perform various tests including X-rays, sputum analysis, to be able to determine the cause of your red, brown, or black phlegm.

How To Get Rid of Sputum

Some of these phlegm conditions occur as a result of a viral infection, so what you have to do is get enough rest, eat healthy food, drink healthy, keep your body hydrated.

In addition, you can also try phlegm treatment with the following steps:

If you use drugs that are sold freely, always consult with a drug expert first.

Maybe we've all had a cough and it usually only takes a few days to heal. But have you ever...

The green poop causes can vary. Sometimes green stools are the result of consuming green foods, infections that cause diarrhea,...

What Trees Does Chaga Grow On? It's been interesting to talk about Chaga lately. You see, chaga is a parasitic...

Talking about the lion's mane mushroom is never-ending. In the previous article, we discussed the health benefits of lion's mane...