Top 10 foods Highest in Iron – Iron is an essential mineral that important for body and should be eating. Lack of iron can be a form of malnutrition generally. Iron deficiency susceptible happen in children and pregnant women. It is can cause infection and easy to contract the disease. For pregnant women, deficiency is very dangerous because it can lead to premature birth. Women aged 19-50 years should intake iron as much as 18 mg per day, this number will increase if the woman is pregnant. Pregnant women should consume up to 27 mg of iron a day. As for men, they only need 8 mg of iron per day.

Iron can be found on the plants and can also be of animal. To obtain optimal iron we need to take both of these foods. Here are 10 foods highest in iron. 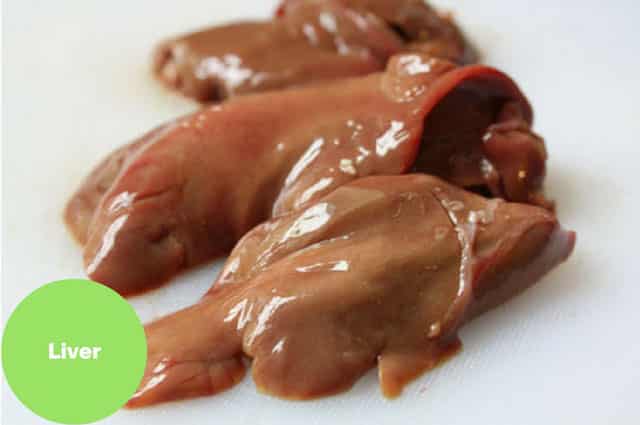 Animal organs such as liver, offal of chicken or duck is a source of iron from animals that very good for consumption. These foods also contain other nutrients such as minerals and proteins. Largeman-Roth says that “beef liver is the highest food in iron, in just one slice contains 5 mg of iron”. The amount is more than 1/4 of the daily requirement for women.

While those of you who do not like to eat organ meats, egg yolks and red meat is the best choice. These foods not only high protein but also contains iron. 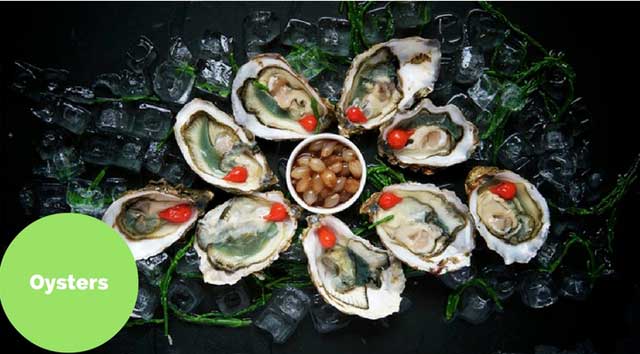 Furthermore, foods highest in iron are oysters. You can shop at stall seafood with a menu of oysters, squid and clams. These foods are high on iron. In addition, the dish of the seafoods also contains zinc, vitamin B12, which helps your health. If you eat oysters, one plate is enough to fulfill your daily requirements.

For those of you who do not like oysters, clams or squid. You can try fish such as tuna, salmon and haddock. This is a good alternative to get supplies of iron into the body. 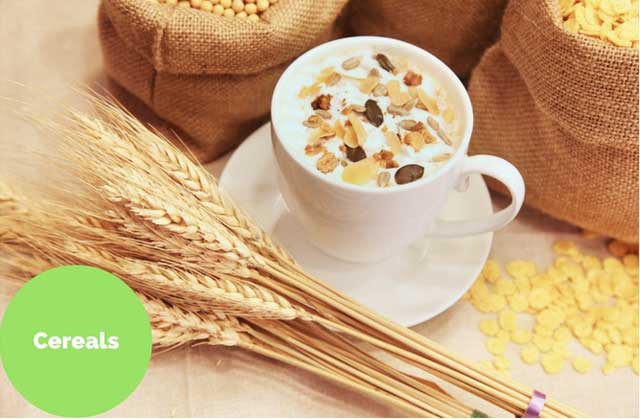 Cereals are also foods high in iron. You can start your day with a bowl of cereal to keep your body fit throughout the day. When buying cereal in the market, we recommend taking a dose of iron provided. Usually the cereal offers 90 to 100% daily iron needs. Cereal not only contains iron but also contains other nutrients such as fiber, zinc, vitamin B and calcium. 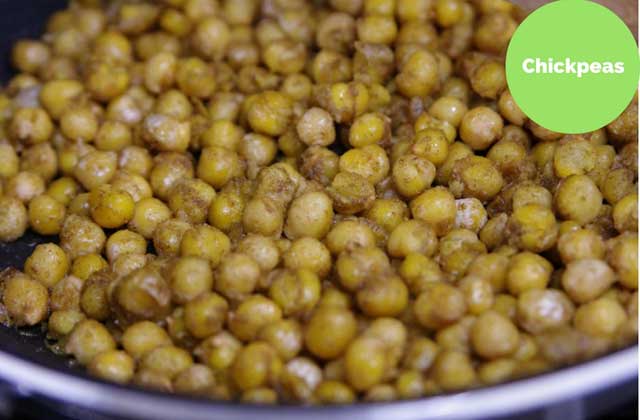 Chickpeas are crunchy vegetables that often served at the kitchen. Did you know that vegetable contain a lot of iron. In one cup of beans is estimated contain 5 mg of iron. In addition to iron, chickpeas also contain protein.

Chickpeas are processed for a variety of dishes, you can make hummus or make a crunchy salad. Cook vegetables with a variety of spices also be a separate option of enjoying chickpeas.

Perhaps you often eat pumpkin! Do not forget to eat the seeds as well. Pumpkin seeds are loaded with iron content. One cup contains 2 mg of iron. Consuming pumpkin seed is a smart way to get the daily iron intake.

For those of you who like to snack, you can roast the pumpkin seeds like when you bake a sunflower seed. It felt good and full of nutrition. 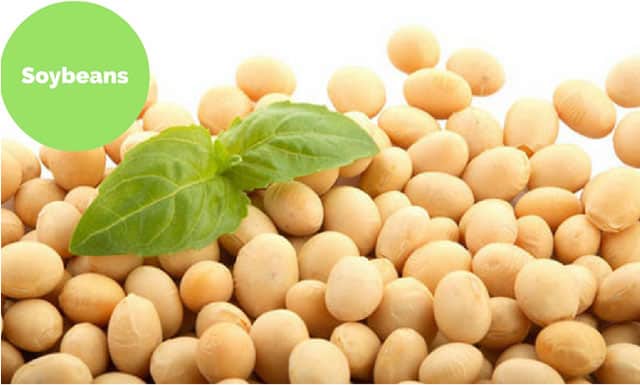 Soybeans also be the right choice to get the intake of iron for the body. In one and a half cup of soybeans contains 4 mg of iron. In addition, soy also contains other nutrients such as copper, manganese, protein, fiber, amino acids and vitamins.

The copper content is important in maintaining healthy blood vessel. While manganese plays an important role in the chemical process in the body. 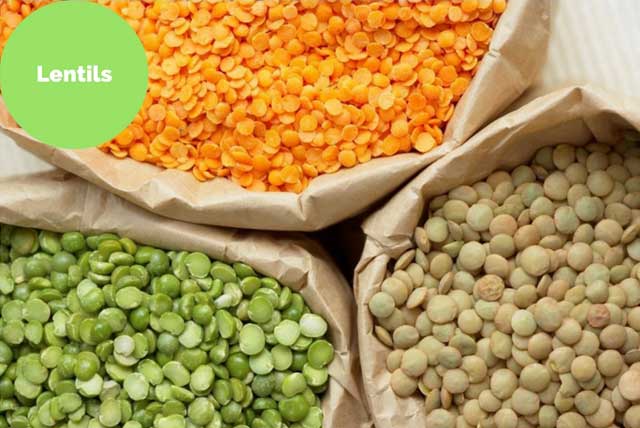 Furthermore, the foods highest in iron are lentils. One cup of cooked lentils contain up to 6 mg of iron. The benefits of lentils for health is keeping cholesterol levels, and maintaining blood sugar levels. Lentils commonly used for various purposes in the kitchen such as soup, burger. 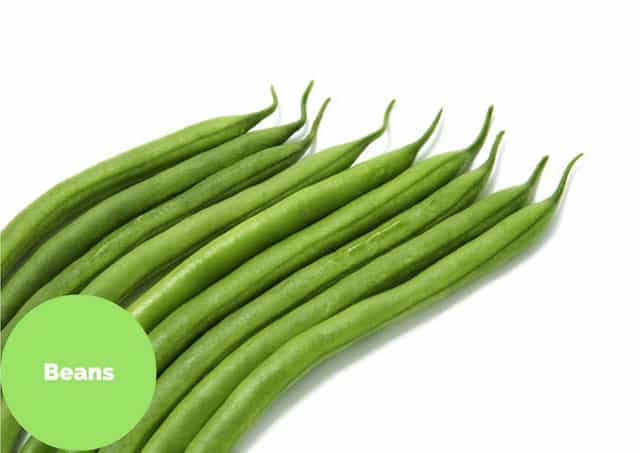 Beans have a lot of variety, but everything became foods high in iron. In a cup of beans offer 3-7 mg of iron. To prepare dishes of beans you can mix it with other foods such as kale, peppers, broccoli, or cauliflower. Combine beans with these foods can add nutrients because they are rich of vitamin C. 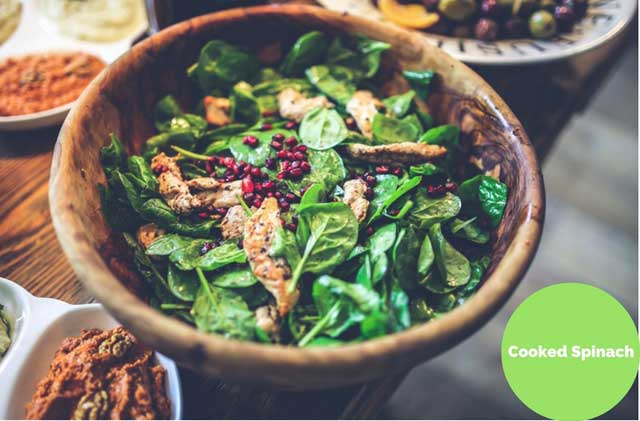 Spinach is green vegetables that full of iron. It is can be eaten raw in salads or cooked into a vegetable. Spinach cooked nicer to eat because it can help the absorption of nutrients. In one cup of cooked spinach contains 6 mg of iron. Other nutrients in spinach are protein, calcium, fiber, vitamin E and vitamin A.

One way to enjoy vegetables is to sauté the spinach. Enter a little olive oil, onion and chili. Sauteed with a little water for a few moments. 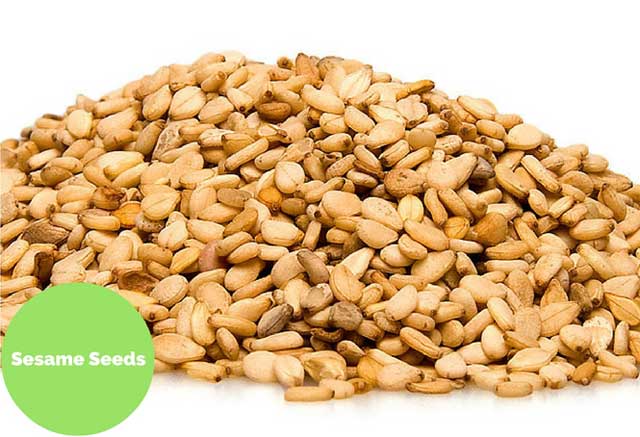 Consuming sesame seeds can be done by adding the salad. Mix salad and enjoy.