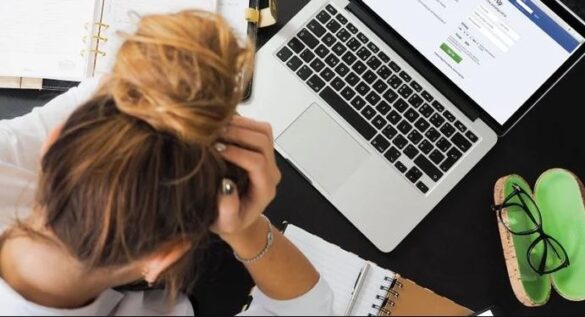 The development of the digital world has grown a lot of social media in cyberspace. Almost everyone in the world participates in this social world. Even though there are many Social Media Negative Effects for health and for social life. This is the time for us to talk about what the bad effects of social media are, so that we can use them wisely.

What are the Social Media Negative Effects, now we see one by one clearly. If we are one of them, then get out of this bad social media circle.

Why is Social Media Bad for You

Maybe you don’t know that social media is bad for physical and mental health. This social world or social network can change the way you view yourself and even the environment. Indeed, we also admit that social media has positive effects too, but it has many drawbacks.

How, don’t you believe it? Let’s read on, if you find any of the negative effects of social media listed below has on you. So, now is the time for you to reduce your use of social media or even leave it completely.

Among the negative effects of social media are depression and anxiety. Both have to do with mental health. Most of those who use social media chronically or for up to several hours a day often report that they are attacked by anxiety and depression.

You don’t need to ask why. Through social media, someone often sees other people’s lives that are all luxurious, sufficient and so beautiful, which have actually been carefully chosen. Then he compared it with his daily life, which was lacking or not what he wanted. As a result, what happens is disappointment, depression and mental stress.

So, using social media is fine, but how to use it without causing health problems and side effects in your life. How many people should you spend your time in front of social networks? You should only spend half an hour on social media, not hours.

Cyberbullying is a problem that is now prevalent on social networks. Before the advent of the internet, bullying could only be done face-to-face, but now anyone who plays social media can be bullied by anyone.

Those who use social media can bully someone with their account or by creating a fake account, or by using anonymity. It is very easy for this cyberbullying to occur on social media, and as a result, a person who is bullied will experience negative mental effects.

Fear of Missing Out (FOMO) is a negative effect of social media that many social media users experience. FOMO is the anxiety that arises when you feel afraid of losing the positive experiences that other people have had. For example, you are constantly checking messages on social media, are there friends who invite you to eat out, or are always checking the status that is made, whether there are many comments or likes.

This is a phenomenon that occurs with the development of internet technology and it is a bad effect or negative effect of social media. If you have experienced something similar, this indicates that you have contracted a bad social media disease.

Read also: 4 Red Flags that You Should Look for in Your Own Mental Health

Social media is all the same, it’s all unrealistic. Everything that happened cannot be honestly known whether it was true or if it was false. For example, someone who copies their potion is intimate with their partner, but we who see it sometimes feel bored and want to be like them. Even though the reality is very opposite. Most people upload their beautiful life to let others know that they are always happy. Even though they experience a lot of chaos in their family.

They only want to show the beauty side, no one wants to show the bad side of life. So, we should also not easily consume every thing that passes on social media because it is an unrealistic expectation.

When you see the situation your friend is experiencing on Facebook, for example, as something fun. You then get carried away with feelings and as if you want to exist like them. When you see your life that is far different from what you see on social media, of course you feel inferior, feel even you are low and so on. All of these things are negative effects of social media that you need to understand so you can live the way you are. Not tied to stupid feelings with social networks.

The body shape that seems perfect as you see on social media sometimes amazes you. Even though his body is the same as yours. Photos that have been set in such a way, change the original appearance, and give a good impression, all of that is just trickery against you.

Every time you see other people’s bodies on social media that look beautiful, perfect and others like artists, you want to be like them too. Finally, you think negative things in order to get a beautiful body like that picture. It could also be the other way around, you feel inferior and imperfect so that you always feel isolated and can’t be confident.

If you think too much about this, the effect on your physical and mental body is stress that leads to illness and a life of poor quality. You have to know that everyone is the same, no one looks beautiful like what you see in the media, but because they are polished in such a way in various ways, various products to look beautiful for a while. In fact, if you look at their real life, it’s just like you. So, there’s no need to take stress with what you see on social media.

The negative effects of social media also affect your sleep patterns. So, not only has the potential for anxiety and depression, but is also associated with poor and poor quality sleep patterns.

The fun of playing social media can make you sleepless, even at night you just spend time on social media without feeling like you have been surfing social networks for hours, finally you don’t sleep. Many studies have shown that the adverse effects of using social media are reduced sleep quality.

If you feel like that, your life is not quality, unproductive and a lot of time is wasted without completing a task or work. So, try to play less on social media. Sleep is very important for your health, without getting enough sleep, your body will get tired and eventually cause many diseases. Love your precious body, don’t let social media steal your time and put you in an unproductive life.

Are you a drinker of alcohol, or a smoker. You must be addicted to both. But if you know that, then social media addiction is even worse than that. Social networks have a strong power for some people, sometimes they even check their social media every minute to find out how people react to their status.

That is the social media negative effects that you must understand and keep yourself from falling into other people’s business interests without you getting the slightest benefit, or even losing your time and health.

The goal of social networking site owners is to get you to keep playing with the tools they make and scroll a lot of pages on those sites. Finally, as their business works, the money goes into their bank account. That’s it, they use you as a follower or as a user so they can earn lots of money. Think again, what do you get after so long playing on social media, nothing. Unless you spend a lot of time, and damage your health.

Unless, if you can also make money with social media. So, please use it because it gives you benefits too.

Dealing with the Negative Effects of Social Media

We have discussed at length about the negative effects of social media. But all this depends on yourself as a user. You have to be able to see whether there are many benefits to using social media or how many of them are bad.

If you find a lot of negative effects in the use of social media, then stop. But if you can use it as a source of profit, then use it wisely.

Why Do You Need To Have Stable Finances...

Lifestyle Changes You Need for 2021

Types of Tiny Black Bugs Found in Your...

How to Get Rid of Jowls, Causes and...