by Sarah Syakira
in Vegetables
0 0

Health Benefits of Jack Beans – Jack bean is a legume plant that is widely used for human nutrition and as animal feed. Scientifically its name is Canavalia ensiformis, in Brazil this plant is known as feijão-de-porco (pig bean). Jack Beans is a plant from the Leguminosae (Fabaceae) family, it has about 500 genera and is divided into 15000 species, either wild or cultivated plants.

It is a plant of tropical Africa and also includes plants of Central and South America, it spreads from Mexico south to Brazil and Peru, and the western Indies. Jack bean common name according to where they are grown is so many.

Jack Beans is a vine that grows by supporting itself on other plants, can grow 50-200 cm and some even grow up to 10 meters when it can propagate well on other plants.

The root system is very strong and spreads deep in the soil and the roots bind nitrigen with nodules in the roots. 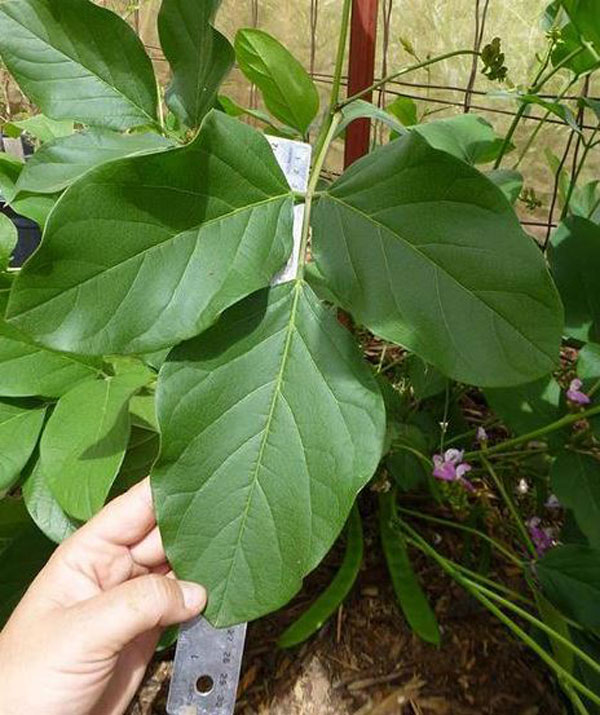 The leaves are trifoliating and appear alternately on the stem. The leaves can be 8 inches long by about 4 inches wide. It has 3 egg-shaped leaflets and the leaves are pointed towards the tip. While the petiole is the same length as the leaf size.

Jack beans have flowers that are usually papillionaceous rose-colored, white with a red base or purplish in color. It is about 1 inch (2.5 cm) round in shape.

If in fertile condition, the flowers can grow up to 12 cm with a width of 3.8 cm. The seed stalk is curved like a sword with a size of 1-2 cm. The pods are light brown when they are ripe.

One pod, jack bean seeds contain as many as 20 seeds. The color of the seeds is white and the seed marks are brown with a size of 1/3 the size of the seeds.

As said above, jack beans are legumes that are widely used as vegetables and as additional nutrients and as animal feed. Now we look at what are the jack beans benefits for health.

1. Reducing the risk of cancer

This is very good for reducing the risk of diseases caused by inflammation such as heart disease, diabetes, arthritis, and others.

The next benefit of jack beans is as a food to increase intestinal performance. If you consume jack beans or Canavalia ensiformis regularly, then the risk of constipation and flatulence can be managed properly. it can also dispose of waste properly so that various kinds of intestinal diseases can be prevented.

The benefits of jack beans can also reduce weight. The reason is, this fruit is filled with fiber and low in calories so that even though there is a lot of food it does not really contribute to fat formation.

Even with just a few of these legumes we feel full. So, these legumes are very suitable as foods on your list to lose weight. Jack beans are also rich in vegetable protein which is great for boosting the body’s fast metabolism.

Also see: How to Lose Arm Fat, The 8 Best Ways

The protein content in jack beans is great for increasing muscle mass and repairing it. This is a great food for sportsmen. These legumes can build muscle well if accompanied by certain exercises.

For those of you who want to get good muscle mass and stay lingering without gaining weight. You can try routinely consuming jack beans.

Jack beans are a type of bean that is rich in vitamin C. This is an important vitamin in increasing the body’s immunity so that the body is strong in fighting disease causes such as viruses, bacteria and fungi. So, adding jack beans to your daily diet is a great idea to keep your body strong.

The next benefit of jack beans is to beautify the skin. The high content of vitamin C is very important in keeping the skin healthy and beautiful.

Jack beans or legumes contain lots of fiber and antioxidants. Both are essential minerals in lowering cholesterol. When cholesterol is stable, the heart is always in good health and well.

In addition, consuming jack beans regularly can also prevent high blood pressure. High blood pressure is caused by clogging of blood vessels by cholesterol, so by consuming foods rich in antioxidants and fiber, problems related to the heart can be prevented.

How to Cook Jack Beans

To enjoy the delicacy of jack beans, you can eat them raw or cook them first.

The methode to cook jack beans is very easy, boil water until it boils and add jack beans. Cook briefly, add salt or seasoning you like.

Don’t let the jack beans go into the boiling water too much, it might only take you 7 minutes to cook them.

How to You Eat Jack Beans

Jack beans are consumed in salads, or boiled, can also be steamed and mixed with salads. If you boil jack beans, don’t boil them too long so that the nutrients are not lost.

Where is Jack Bean from?

Sword beans is a bean that has a sweety taste. It tastes sweet and is very suitable to be added in many other vegetables as a sweetener and nutritional enhancer in other dishes.

There is a fundamental difference between the two, where French beans are longer than green beans.

Celery is a vegetable that is easy to grow. This small vegetable turned out to have remarkable health benefits, both...

Health Benefits of Bottle Gourd - Bottle gourd is a type of vines that grow in the tropical and sub-tropical...

Benefits of Potato Skin - Potato skins was very pleasant to the eye and liked by your stomach. Do you...

Top 10 Hottest Peppers in the World

Chili is the hottest pepper in the world and every year it is always added with new, spicier variants. On...

What Do Leeks Taste Like? Maybe it's a question related to leeks or green kitchen spices that flavor many dishes....