However, people always want more, so they process the coconut oil into a fractionation oil. This process gave result to the new oil that called “fractionated coconut oil“.

What Fractionated Coconut Oil is?

As the name suggests, this is a fraction of coconut oil that processed such that nearly all long-chain triglycerides deleted. So, its only leave the medium chain triglyceride oil so makes it completely saturated.

In addition, the fractionation process increases the concentration ratio of capric acid and caprylic acid. This will rise to an antioxidant effect and disinfectant. 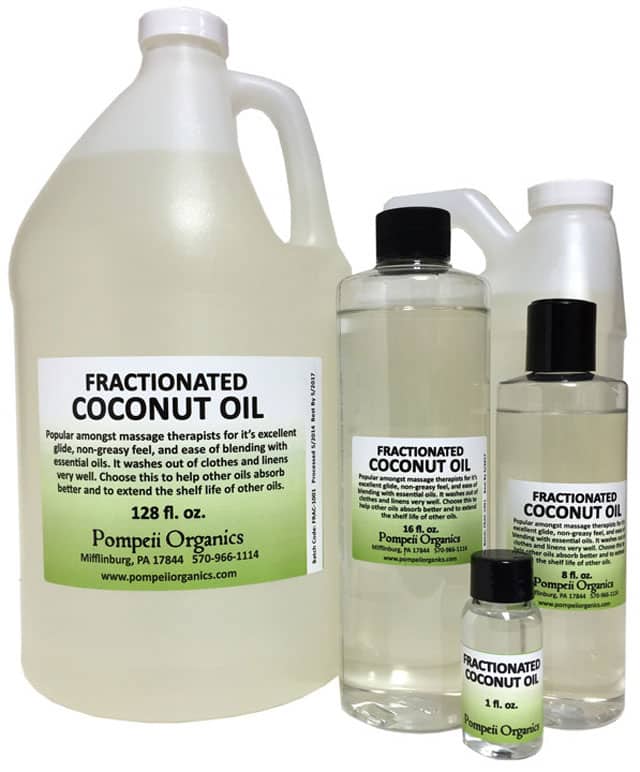 The first that should be done is the hydrolysis of the coconut oil. Furthermore, the product is passed through steam distillation process to produce fractionated coconut oil. Then, that which is obtained is a thin oil which is load with medium chain triglycerides.

This coconut oil composition is consist of capric acid and caprylic acid.

The coconut oil in this process has a fairly high degree of stability, the benefits are also very much. Here are some usefulness in various groups.

Here, fractionated coconut oil is useful as a carrier oil. This oil serves to assist the absorption of other oils and herbal absorption.

These types of coconut oil is also widely used as a raw material for the preparation of soap, ointments, lotions and various cosmetics.

The anti-septic and disinfectant make this oil is useful as medicines.

It is also used in hair care, as well as the benefits found in coconut oil before steam distillation process.

In the world of cooking, this oil is also used because it does not rancid and is always stable.

As we known, this oil has gone through a long process starting from steam distillation to hydrolysis so that the price is a little expensive when compared to ordinary coconut oil. However, the expensive prices is Balance with greater benefits for health, beauty and even for cooking.