by Sarah Syakira
in News
0 0

Facts About Zika Virus– Zika has now become an important news in the world, especially in America. This malicious Virus that carried by mosquitoes has spread from Central America and South America to North America. Initially, cases of Zika virus was found in Miami, and Florida in the summer of 2016.

Until this news was revealed, the researchers has no find a vaccine to prevent Zika. Now researchers are busy developing vaccines for killing Zika, while health officials are trying to prevent the dispersion of the virus.

Zika virus be a concern of the world, because Zika not only as a virus but also be a threat to baby in the womb. A pregnant woman who infected with zika will transmit the disease to the fetus so that the fetus has a physical disability (microcephaly) when born. 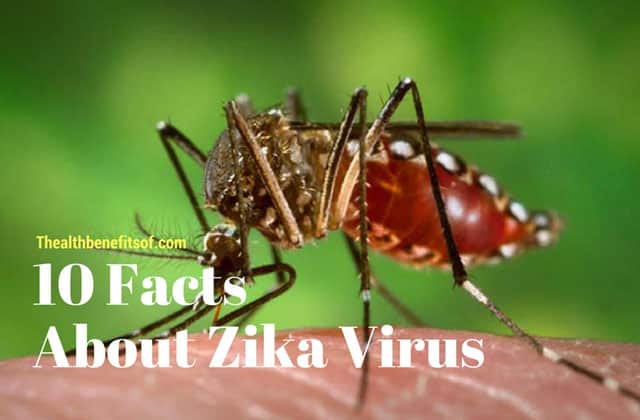 Important to know that Zika virus can not be prevented yet and no cure for it. The only way to keep the family from these threats is to avoid mosquito bites that carry Zika virus. Now we see what are the facts about Zika virus so that it becomes a threat to global health.

10 Facts About Zika Virus Must Be Known

1. Mosquitoes can spread the Zika

Infected mosquitoes spread the zika virus. Spread known through the dengue mosquito or Aedes aegypti. This mosquito species normally live in worm regions such as southeast America and Caribbean.

Aedes aegypti mosquitoes have a habit in biting prey. These mosquitoes usually bite in the morning and evening. So, be careful if you are traveling at the moment. Do not forget to use mosquito repellent.

2. Zika not a new disease

Zika, despite be a headlines in various newspapers, but the disease is not a new disease. It was found in 1947 ago for first time. The virus is found in a monkey that living in Zika Forest of Uganda. That is why the virus called with “Zika”.

After the case of monkeys, in 1952 found cases of the virus in humans in Uganda and Tanzania. Several years later the virus is endemic in humans until then expand to Brazil, Mexico, the Caribbean, south and central America.

Now, the virus is re-expanded and lately zika been found in the southeast America.

The next facts about zika virus, zika known to spread through conjugal relationship. If a person has been infected with the virus then he can transmit the virus to others through sexual contact.

So, be careful with this problem, avoid sexual intercourse alternately or without using a condom. [Read: health risk of using expired condom]

4. People who infected can transmit the virus to others.

Other Zika Fact is the people who have been infected with the zika can transmit the disease to others. How its spread is not the same with other diseases commonly transmitted through sneezing, saliva or coughing. Zika virus is transmitted through mosquito bites.

When you infected, the virus will persist in your bloodstream. When there is a mosquito bites you, then the mosquito bites other person and the person will be infected also.

Pregnant women that infected with zika will pass the virus to the unborn baby. If this happens there will be a severe birth defects in baby

5. Blood transfusions is the transmission media

If you’re infected zika, it is forbidden to donate blood because your blood can be an intermediary for the entry of the virus into the another person. American Red Cross cautious about this issue, they do not pick up and collect the blood from the zika case affected area.

6. You will not find any symptoms

When you are infected with zika virus you often do not find any physical symptoms. However, there are also some people who have symptoms. From 5 people infected just a person that experience the symptoms of this virus.

7. A blood test is only way to know if you are infected or not

A blood test is the only way to know if zika virus live in your body or not. This virus residing in the bloodstream so that blood is dangerous for use in any purposes, including donor.

8. Zika Symptoms will be improve on 2 to 7 days

Some people infected with zika virus felt there was improvement in the body within a few days. But after that he will feel the symptoms improve.

Furthermore, the fact about zika virus is harmful to an unborn baby. Pregnant women who are infected with this virus will give birth to abnormal baby and have smaller heads than normal as well as having a small brain. It is led to the limitation of child’s learning ability, delays in walking and talking, hearing problems, vision as well as difficulty in eating.

Other than that issue, babies born with infected mothers may also experience problems such as impaired, hard of hearing and experienced slower growth. So, be careful with zika, pregnant women are prohibited for go outside in the morning and evening. It would be good for pregnant women to always be in the room to avoid the mosquitoes that carry the virus.

10. Pregnant women are not allowed to come to Zika place

Centers for Disease Control and Prevention (CDC) recommends that pregnant women do not come or go to the area that is the spread of this virus. If you live in a location with zika spread, ask your doctor’s advice about this. Maybe the doctor will recommend that you postpone pregnancy during deployment of zika.

These are 10 facts about Zika virus need to know by everyone. Zika virus is very dangerous because it has not found a vaccine and a drug that can cure it.

Average Height Around the World - The approximate average height of a woman is 163 cm or 5 feet 4.3...

A Guide For Frying With Avocado Oil

We know that avocado is a healthy fruit rich in omega 3 fatty acids and how about using avocado oil....

4 Reasons To Include A Dental Check During A Spa Day

Most people think of a spa day as a time to relax and rejuvenate the body and mind. But what...

Society might paint people who suffer from thyroid problems a bleak picture. Even though it is a chronic issue, having...

5 Ways to Improve Back Pain

Back pain can be caused by various factors like having an accident, being pregnant and staying in the wrong posture....